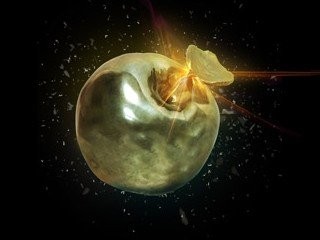 The Award “Startup of the year” has been established by the business-incubator of National Research University “Higher School of Economics” in 2008, and is awarded annually to the best, according to business-societies, Startups. The main aims of the Award is to encourage effective and useful entrepreneurial solutions, notice creative approach to a new business building, and inspire young entrepreneurs for new achievements.

“Startup of the year” is a sort of a “Oscar” for Startups, effective and interesting show. On the ceremony of awarding guests will manage not only to get acquainted with success stories of young entrepreneurs and to watch video-clips about the projects-nominees, but also vote fr the best Startup.

The Award is conducted in three stages:

At the first stage all volunteers and convenient by criteria companies file an application till October, 20 in the following nominations:

By the end of the first stage, in October, 25 will be announced all candidates for the Award receiving.
In the next stage the jury, consisting of representatives of investment Funds and societies, provate investors, successful entrepreneurs and representatives of famous companies, chooses in each nomination three best Startups. These Startups are nominees for the Award “Startup of the year” 2013 will be known in November, 20.

The contest will be ended by the solemn ceremony of Awarding “Startup of the year” in December, at which will be known names of winners in each nomination. Winners of the Award will get sacred statuette – Golden Apple and attention from guests, investors and press. Besides, all finalists will receive special prizes from the Award partners. All finalists on the ceremony will have to fight for the Audience Award. Participants of the event and online-guests will select the winner in nomination “The best Startup according to audience”.

Winners of the Contest for innovation projects have been awarded