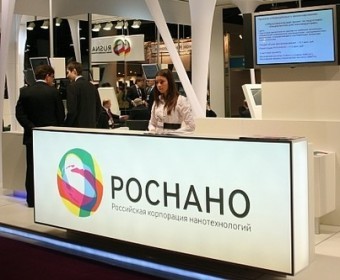 “Rosnano”, OJSC for the first time has sold to a strategic investor a part of its share in one of the projects – Japanese financial-industrial holding Sumitomo Corporation became the owner of 16.13% of the Company “Russian Quartz”, informs the Russian nanotechnology company.

Partners do not disclose the cost of the deal. The project “Russian Quartz has been established on the basis of the Kyshtym Mining (KGOK), and specializes on production of High-purity crystal quartz, which is used in a range of high-tech branches. From this crystal quartz is made transparent quartz glass, which is at the moment the single component of production process of single-crystalline silicon – base material for microelectronic and solar industry.

The project of technical upgrading production has started in 2011 and is realized with financial support of “Rosnano”. Nowadays has already been brought into operation the first order of dry cleaning factory.

“The project implementation into the company “Sumitomo” will allow significantly accelerating the enterprise entering at estimated power, and contribute to planned indexes achievements before its due time. In the near future the “Russian Quartz” plans to launch the first order of a deep quartz concentration factory”, - informs the “Rosnano”.

“Sumitomo Corporation is one of the largest Japanese and global players on markets of microelectronics and solar energy. After the investment in the “Russian Quartz” we will be able with a full right to be named truly Vertically integrated company, and, perhaps, the only one company in the world, which possesses securities, covering the whole production cycle: from high-purity quartz sand, ending with microcircuits and solar panels”, - says the representative of the “Sumitomo” company Masahito Uno.

Besides the part of the project’s share, “Sumitomo” gets exclusive rights for selling products of the “Russian Quartz” on the Asia market, said in the message of the Japanese holding.

Rosnano invests 3.2B RUB in fiber optics production in Saransk