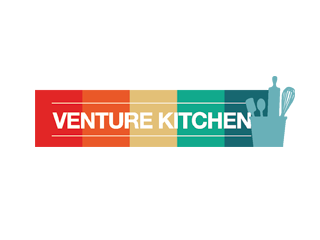 In the middle of September the project “Venture Kitchen” has given start to a series of contest events for talented students and Universities graduates. Contests have been organized by the “Venture Kitchen” with support of “HSE Finance Society” and the “Career Development Center” of the National Research University “Higher School of Economics”. The main aim of such events is to select and attract the most perspective young specialists in the branch of venture investments.

The first contest has been conducted in September, 28 within the walls of the Higher School of Economics. More than 200 applications have been filed for participation from students and graduates of leading Russian financial-economy Universities. As a result organizers have selected only 50 competitors, among which there has been formed 11 teams. Their works have been estimated by invited experts – “Chiefs” of Venture Kitchen – representatives of Russian Venture Funds “Runa Capital”, “Prostor Capital”, “iTech Capital”.

At the contest students could “transform” to professional business-analytics of venture funds. Thus, during several hours they have searched optimal development variants for Startups in the sphere of online-education, have solved promotion tasks and projects development, forming results in the form of presentation.

“The subkect ofonline-education has been chosen purposely. Nowadays this is the growing market segment, and it is very important to include young age in new trends, disclose guys’ mind, for they could think in what direction new markets will grow, and where it would be reasonable to think over own Startups”, - commented Anastasia Tyurina, director of innovation activity management of National Research University “Higher School of Economics”.

After three hours of working under the business-case, teams have presented 11 alternative variants of established tasks solutions. According to results of competition the jury has recognized teams from the Plekhanov Russian University of Economics, Moscow Institute of Physics and Technology State University, and select team of Financial University, Lomonosov Moscow State University, Bauman Moscow State Technical University and Moscow State Institute of International Relations as the strongest participants. Experts have marked a team of the second course of the State Management University, as the youngest. However, notwithstanding the young age, participants have found solution of the business case and worthy presented results of work to the jury.

According to the contest’s results, experts have marked 5 teams of young economists, who solved the settled task the best way. Participants of these teams have received special presents from the Company RVC. Also, several competitors have got invitations for interview from venture Funds “Runa Capital” and “Prostor Capital”, with further opportunity of training passing. Stanislav Kosorukov from the “Prostor Capital” noted that such events are the most effective method of attracting young staff at starting positions in Funds, because students pass several stages of selection within the limits of a business game.

Higher School of Economics and RVC ended the educational program