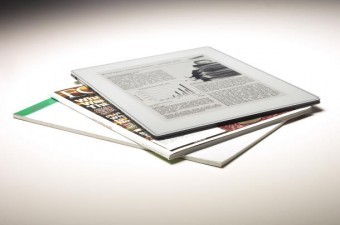 “Rosnano” OJSC nowadays discusses with a range of companies different variants of the projects “Plastic Logic” realization on production of components for plastic electronics, informed journalists the Chairman of the Board of the nanotechnology company Anatoly Chubais. According to him, negotiations are conducted with not less than 15 companies.

Within the project initially has been planned jointly with the British company “Plastic Logic” by the end of 2013 to build in Zelenograd a plant on serial production of plastic displays. “Those prototype (of a display), which has been created, has been technologically unique but economically unjustified. This is why the initial idea – building of a plant – has been stopped by us”, - reminded Mr.Chubais. Investments of the “Rosnano” in the project comprised $230M.

“The project is neither stopped nor bankrupted, it continues developing. Technological affect. Created in the project “Plastic Logic” is unique, and the “Rosnano” searches ways for its appliance not in the sphere of tabs but in other spheres”, - said Mr.Chubais.

The Zelenograd nanotechnology Center has been opened