“RusHydro” and “Rosnano” gave defined a list of priority object 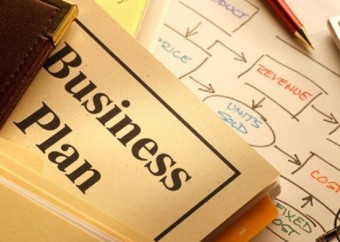 In the basis of projects are offers and technical solutions of portfolio companies of ROSNANO. Five projects are defined to category of top-priority: its implementation has been recognized to be of high-priority. Special attention will be paid to developments, which refer to increase of energy efficiency. Particularly, the company intends to end technical-economic basis and start implementing networking energy store of various power based on rechargeable lithium-ion cells in isolated energy systems of Far East and Arctic territories.

Within the meeting partners have noted the positive experience of application of nano-structurized coatings of the “Plakart”, CJSC at the Baksanskaya hydro-electric power station and hydroelectric stations of the Volzhsky stream. Further development of cooperation in this sphere supposes development of offer on use of nano-structurized coatings for protection of new metal constructions and hydro-turbines taking into consideration the Program of complex modernization of stations “RusHydro” in 2014 and further years.

The nano-structurized coatings possess unique anticorrosive, isolating, abrasion-resisting features, increasing the durability of turbines of hydro machines in exploitation in water with high concentration of contaminators and high-abrasive particles.

Besides, the “Plakart”, CJSC jointly with the “RusHydro”, OJSC will conduct analysis of applicability of nano-coatings at flooded and geothermal stations of hydro-energy holding and will prepare till June, 2014 corresponding technical tasks. Besides, by February, 2014 the ROSNANO will present to “RusHydro” an offer in the sphere of alternative (solar) energy. Eexcuted by results of the meeting protocol on cooperation also fixes intentions of both sides to consider in the first half-year of 2014 the reasonability of application on objects of “RusHydro” of offered by “ROSNANO” membrane technologies and solutions based on nano-structured composite materials (in particular, for reconstruction and change of power transmission poles and works on bank protection execution.

It is necessary to remember that the “ROSNANO”, OJSC and the “RusHydro”, OJSC have executed General agreement on strategic partnership. It directs on coordination of actions between these two companies in the sphere of high-technology equipment and materials, and also creation of conditions for use of scientific-technical potential of project companies, created in participation of the “ROSNANO”.

Viktor Vekselberg joined the new Board of Directors “ROSNANO”