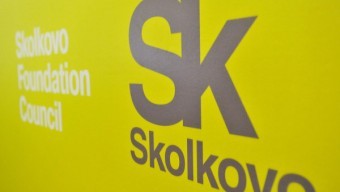 Students’ construction bureau “ISKRA” from Ufa, “Technoavtomat” from Engels and “GeoSplit” from Saint-Petersburg became new residents of the “Skolkovo” Fund. Each of these companies is a representative of regional competencies centers, which see in the Skolkovo project mechanisms for supporting their projects.

The Students’ construction bureau “Iskra” is the projects from young scientists from the Ufa Aviation Technology University, directed on creation of a technology and equipment for 3D printing of metal products with higher severe characteristics due to improvement of a material structure. The project realization will allow widening the marjet f 3D printing and using these technologies in the production cycle of sophisticated details manufacturing. The technology is based on simultaneous production of a detail and its ceramic shape with further detail melting with the aim of getting the set material structure.

The scientific-research center “Technoavtomat”, the affiliate of the scientific-production enterprise “Technoavtomat” from the Engels city of the Saratov region, which has also became the participant of the Nuclear Cluster Skolkovo, works under the project on creating the noncontact signal of the liquid level in technological capacities based on measurements of a … wave energy. Liquids level measurements in technological capacities - is the very important element in organizing modern effective technological processes, which are met in many branches of industry: oil product storage, chemical processes, pharmaceutical production. As a result of the developed product, the user will not have to change the reservoir construction and take into account its peculiarities, and also stop the technological process.

The Saint-Petersburg company “GeoSplit” with the project on a research technology with using nuclear methods, unified specialists from Nizhnevartovsk, Moscow and Petersburg for tasks solving in the gas and oil branch. In the project’s basis is a great experience on creation of specialized materials, development and conduction of researches. The developed unique material IndiSplit will be on demand for service companies, which conduct mining and controlling-repair works.

Representatives of foreign companies came to KRITBI for new ideas

Technopark of Yugra will interest the Skolkovo Fund