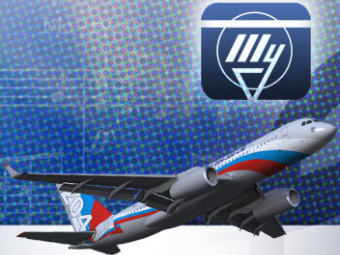 Large Russian companies are increasingly turning their attention to the residents of the domestic sites for innovative businesses development. For example, the business incubator Kazan IT-Park has reported today the success of one of its residents - Living Core Company, which is of JSC Tupolev’s interest, a major aviation design bureau. And a resident of Skolkovo - Center for Applied Research of OSN - has already signed a 21.6 M RUR contract with a telecommunications company Rostelecom.

As said in the IT-park’s message, the business incubator was visited by the Head of the Department for trade secrets protection of OJSC Tupolev Eugene Tsigipov, who was interested in Living Core project – a SaaS solution aimed at automating the processes of development and after-sales services of high technology products. This project is developed under a tripartite partnership of JSC Tupolev, Cals Technologies RC, Applied Logistics and Ltd. Living Books.

After familiarizing with the Living Core and general tour to the IT-park, Eugene Tsigipov held a meeting with the team-leader of Living Books’ team Yuri Sergeyev. The possibility of creating a joint company Tupolev innovation discussed during the conversation, which aims at developing and promoting innovative projects of JSC Tupolev in the IT sector. Moreover, the possibility of developing and promoting innovative projects of Tupolev Company on the basis of the second Industrial Park’s site in Naberezhnye Chelny was also considered. JSC Tupolev has already filed its application for resident’s status.

Another resident of Skolkovo - Center for Applied Research of OSN - had already got a large Russian partner in telecoms market - a 21.6 M RUR contract with Rostelecom. CAR OSN is a research project to develop technologies and products for a new generation computer networks. The company is a resident of the computer technology cluster of the Skolkovo Fund. According to the representatives of the parties, the contract is for design and creation of a pilot segment of cloud platform for data centers based on software-configurable network (SCN) - a new approach in the management of computer networks, the main idea of which is to separate the management of network equipment from data transmission management.

According to the tests of largest U.S. ISPs., the use of SCN technology enables a 20-30% increase in loading of unused resources of data centers and to reduce operating costs in several times. The task of CAR OSN is to create a test segment of the cloud platform based on the SCN in Rostelecom data centers, a prototype of the control system of network infrastructure of data centers.