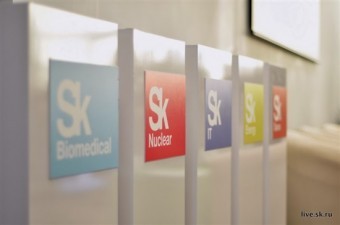 In November, 26 within the working visit of the Russian Federation President Vladimir Putin in Italy has executed the Memorandum of Understanding (MOU) between the Fund “Skolkovo” and the “Eni”, one of the largest global energetic corporations.

The document, executed by the President of the Fund “Skolkovo” Viktor Vekselberg and executive director of the “ENI” Paolo Scaroni, supposes provision the Italian company with access to innovation technologies and products, producing within the project “Skolkovo”, and provision participants of the project with manufacturing competencies of the “ENI”. Besides, the Memorandum supposes an opportunity of opening on the territory of “Skolkovo” the research center of Italian corporation – several industrial partners of the Fund (Cisco, Siemens and SAP) have already made so. The rest, in particular Intel, Microsoft, Boeing, are getting ready to make it in the near future.

“Unique manufacturing experience of the corporation ENI, its knowledge of the main trends and opportunities in technological sphere will contribute development of the ecosystem “Skolkovo” and will assist integration of our companies in global technology chains, thus integrating in the global innovation progress, - announced Viktor Vekselberg. – Herewith partnership with the Fund will provide ENI with access to the best Russian scientific and engineering staff, help optimizing investigations conduction and simplify technologies commercialization on capacious Russian market”.

Cooperation between Russian and Italian innovators on the field of “Skolkovo” started in summer this year. In August the company “Tau Industries” became the participant of the “Skolkovo” project. This company develops a new technology of enamel coating on cables for transformer winding and electric motors. The team of developers together with Russian scientists and engineers include specialists from Turin. The new technology will allow excluding liquid solvents from production cycle that will almost twice decrease end cost of enamel-cable and lessen electric energy for its production.

Within the visit of Vladimir Putin in Italy there has also been executed an agreement on cooperation between the “Skolkovo” Institute of science and technologies and Italian technology Institute (Genoa). The aim of the agreement is provision of joint activity in conduction of scientific developments, education and also development and commercialization of innovation technologies. It supposes information and technologies exchange between two Universities, and also exchange with professors, aspirants and students. Priority directions of cooperation are: energetic, information, nuclear and space technologies. The agreement has been executed by vice-president of the “Skoltech” Mikhail Myagkov and director on scientific work of the Italian Institute of technologies, professor Roberto Cingolani.