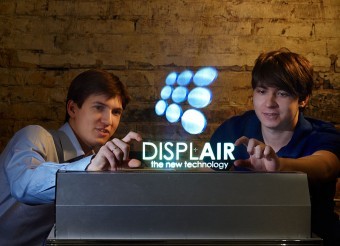 Founder of the company “Displair”, which products interactive without-screen displays, Maksim Kamanin in the course of the conference “CES 2014” announced than in the near future the Company’s work will be stopped.

“Honestly, our product is not possible to name a normal prototype. Electronics is bad, the stage MPI has not been passed till the end, but expenses for installation are colossal. All these does not allow us starting to issue the product”, - informed Mr.Kamanin in his announcement to workers. According to him in order to improve the created by them displays and entering the company to self-profitability still required $3M, but new money are not attracted yet. This is why the Board of Directors took a decision about the company closing.

According to the “CrunchBase”, in the “Displair” development has been attracted more than $6.5M, most part of them comes to the Fund “LetaCapital”. Besides, the company was the resident of “Skolkovo” and the IT-park in Kazan.

The system “Displair”, which for the first time has been presented at Seliger in 2010, includes projector and a special screen, which represents a cloud, formed by a spray from the smallest vapor particles. Herewith the projected at it image can be both static and dynamic, and a spectator can interact with it.

“Personally I am still trying to promote the product. I will do something obviously, - says Mr.Kamanin. – But this will be without money, without the company or any other guarantees. I also offer you to keep as a hobby your interests in creating something. I offer you to create and gather together, maybe something comes from these efforts. I think that I obviously have some success, as it was last time. And now we turn back to the stage of the startup. Now we will conduct the official procedure, as it requires the law about the company’s closing”.