The second Skolkovo in Novosibirsk presented to the government this year 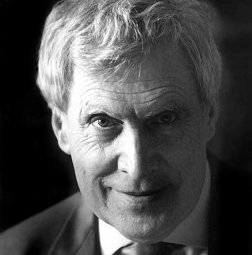 Till the end of this year the Russian government will receive the project of creating a federal research center on the basis of Akademgorodok similar to Skolkovo near Moscow. The project will be developed by the Novosibirsk Region authorities, scientists and representatives of higher educational institutions, as Renad Sagdeev, the academician and the vice-chairman of the Siberian Department of the RAS told the reporters.

Recall that in February 2012 during a visit to Novosibirsk, the Russian Prime Minister Vladimir Putin instructed to work out the idea of building a federal research center based in Novosibirsk Akademgorodok. The activity of the Novosibirsk State University (NSU), institutes of the Academy of Sciences and of the industrial park is to be joined in a consortium with a special federal status.

Renad Sagdeev calls this mission very significant, explaining it by means of establishing a large educational, scientific, innovative center of the Siberian type similar to Skolkovo on the basis of Akademgorodok, universities, medical academy, medical organizations and the industrial park. Moreover, the project should be completed within this year. For this purpose, a special working group consisting of representatives of all stakeholders is organized: the authorities of the Novosibirsk Region, the representatives of science academies, universities, Novosibirsk Technopark and so on. However, it is also noted that there is still no consolidated position on the concept of the planned center.

According to Sagdeev, the authorities understand the need for each of the measure for the development of innovative activity in the region, but it requires a carefully thought out and highly detailed project - and the region has all comprehensive resources: the scientific personnel, a university, a technopark, industry. All this will create a large breakthrough center.

Siberian and UK scientists partner to push collaboration in photonics