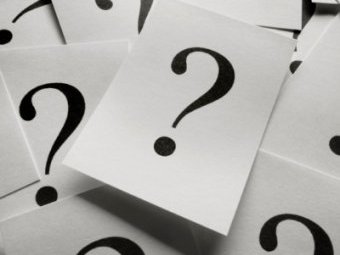 Lack of information awareness among developers of innovative projects about the mechanisms of their projects support, unreasonably high expectations of the developers and gaps in the legislation relating to the acceptance of scientific and technical works are just some of the issues impeding the development of innovations in Russia, experts say.

We have a very bad situation with the information awareness of innovative projects developers – the General Director of RVC, OJSC Igor Agamirzyan said on Tuesday at a conference devoted to innovation in pharmaceuticals and medicine.

He explained that the development of Russian institutes has been tried to agree with each other for two years to create an information product that shows innovators to whom they should apply for funding.

This topic has been discussed for two years, and things haven't budged an inch. We have no explicit information product as of today, - Agamirzyan stated.

According to him, this is one side of the coin.

You have to understand that there are still some problems with the attitude of the applicants. There is a huge number of people who believe that their projects will be obligatory financed - the head of the RVC said.

He explained that throughout the world, if a venture capital fund doesn’t finance the project it is the applicant's problem.

And in our case applicants write spiteful letters to the Prime Minister saying that the institutions didn’t give money for a brilliant project. This attitude needs to be changed, because it seriously impedes the work - Agamirzyan said.

Further, the vice-president of the group of companies Bioprocess Alex Konov took the word. According to him, for all the years of Live Systems existence within the Federal Target Program Research and Development on Priority Directions of Scientific-technological Complex of Russia for the 2007-2013s, 100 percent success has been officially achieved.

You will not notice any project, which would (according to reports) ended in failure. And at the same time there is no medicine on the world market made under the direction of Live Systems - Konov said.

According to him, it is connected with the fact that existing legislation does not include the possibility of a failure.

You must give the product. Let it be something like fake thick reports that weigh kilos and could be measured with a ruler, and then you are all set - the expert said.

A fair of innovative business projects in Ufa

A conference on Russia Today: Innovations in Business took place in Moscow