360 °Venture deal round table discussion on May, 18 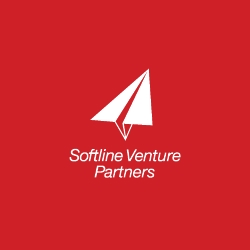 360 ° Venture deal roundtable will be held on May 18, 2012 in Moscow at the RIA Novosti press center. The initiator of the roundtable is the Softline Venture Partners fund. The discussion will take place just before the awarding ceremony of Innovations through the eyes of journalists in Russia – 2012, the Second All-Russian contest for journalists, organized by the RVC.

Elena Alekseeva, the head of the Softline Venture Partners fund, says: The urge to hold this round table is connected primarily with the live and open dialogue with the media on the topic of venture capital investments as an integral part of Russia’s innovation development. It is important to get the journalists interested and show the entire width of the process preceding the closure of a venture capital transaction, and the amount of raw information, which can be derived from it.

During the roundtable discussion, Anton Belousov, the investment analyst of Softline Venture Partners, and Aleksei Zharkov, the founder of the family social network familyspace.ru, will present an overview of venture capital transactions by the investor and by the startuper. Then the guests of the event in an open debate will discuss the challenges of covering innovation and venture capital. The discussion participants will be outstanding representatives of the innovation activity development institutions of Russia. The moderator of the roundtable will be Dennis Viktorov, the chief editor of Business Magazine.

The conclusion of the roundtable will be the awarding ceremony of the contest Innovation in Russia through the eyes of journalists - 2012. The winners of the major nominations will share the 1.3 M RUR prize fund, will receive awards, honorary diplomas and gifts. The top three finalists in each competition nominations are available on the rvc-contest.ru website. The winner in the nomination The Best Weblog covering innovation activities by the decision of the Expert Council and competition organizer was determined by the Internet community. The results of voting for the best blog can be found in the official competition group at Facebook.

The course of the events, starting with the round table meeting at 11:00, can be watched live on the site of the contest rvc-contest.ru. In addition, follow the Softline Venture Partners fund’s news through Twitter @ Softline_VP and at the Facebook page.

A discussion in Moscow on who will become new world leaders