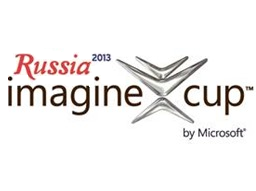 The agreement for international competition Imagine Cup finals to be held in St. Petersburg next summer was signed within the St. Petersburg Economic Forum. Over the past 10 years Imagine Cup finals took place in various countries around the world, and now the best students around the world will meet together in Russia for the first time in the history of the competition.

Imagine Cup is one of the world's largest student competitions conducted by Microsoft with the support of other technology companies.

Russia has been chosen as a country to conduct the finals not only due to the fact that St. Petersburg is surprisingly beautiful city in summer and one of the best cities in Europe. It is also due to highly-developed students’ innovation culture in Russia. There are also two Microsoft Innovation Centers, 7 IT-academies in the city, as well as a lot of different technological events for young people held in St. Petersburg.

It is a strategic objective for Microsoft to support students’ innovation activities and Imagine Cup is a good opportunity to carry out this mission and acquire necessary skills for further work - Nikolai Pryanishnikov, the president of Microsoft in Russia says. Agency for Strategic Initiatives and the Skolkovo Fund will be Microsoft’s partners for the international Imagine Cup 2013 finals in Russia in 2013, and we hope it will attract even more active student teams.

According to Pryanishnikov, the final in Russia is great news for all Russian students, because there is always the most important prize for the winners - a trip to the international finals. One week spent in the community of most talented and active students from around the world may change the way of life forever and become a spectacular event for many years. Now this unique event will take place in our country and it will be much easier to become a participant of the event. So this year Russian students will have even more reasons to compete for the prizes (as well as to participate in the program of partner students) - concluded the head of Microsoft in Russia.

Winners of the contest “Imagine Cup-213” have been announced