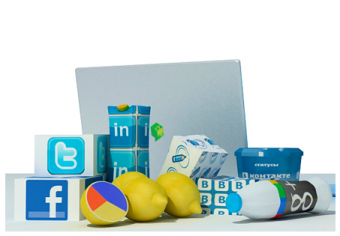 Wobot Company - a portfolio company of SIF RVC - became a resident of the Centre for Development and Commercialization of New Technologies of the Skolkovo Fund, RVC reports.

Wobot project is a search platform of social media for business which is created by a team of young graduates of BMSTU named after N.E. Bauman. The project is marked by many Russian and international award competitions such as the National Entrepreneurial Contest BIT, the Competition of the seed investment Foundation of Microsoft in Russia, the competition of innovation projects (CIP-2011) of MSTU named after N.E. Bauman, and other competitions. The project has also been trained in one of the best incubators of America.

The project is unique due to its development of a unique search engine for social networks, blogs and forums. With the development of communication on the Internet, people more often share their opinions about brands, products they use, discuss the latest news and events on the forums, blogs and social networks. Every company that wants to be competitive in the market needs a handy tool for getting feedback through social media.

Ability to hear your audience on the Internet allows you to study the views and wishes of the audience, to react to events, and it generally represents a new stage of cooperation between producer and consumer. In addition, lots of tools are used to assess the audience, quality of brand promotion on the Internet, evaluation of consumer and producer relationships.

According to the developers, Skolkovo residential status will help Wobot to take one more step to enter the markets of Western Europe, North America and Asia, where both social media monitoring and analytics are in demand. Wobot make serious steps in this direction and provides monitoring of the most popular foreign social media, as well as analysis of brands community on Facebook and Twitter accounts.

According to Vladislav Krivonosov, the Head of Corporate Finance Department of OJSC IC RUSS-INVEST, who invested in the project, Wobot has great prospects for further development, not only in the domestic market but also internationally.

Venture partner of Wobot project is Branan company, which helped to attract funding to the project and actively promoted the development of Wobot.

Eugene Ahpashev, the Head of Branan practice in Raising Finance in Innovative Projects said: Providing Wobot with the status of Skolkovo resident reaffirms the relevance and quality of the innovative product. I am confident that the company will actively participate in the work of the center for innovation development.

I’m happy to see how interesting ideas are being transformed into services that are in demand not only in Russia but also internationally. I especially want to note that this dynamic development of projects is the result of technological entrepreneurship cooperation: universities, corporations, institutions of development - said Mikhail Tsygankov, chief portfolio manager of RVC.

Novosibirsk startups about the work of business incubators in Boston