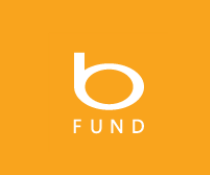 Microsoft is working on the establishing of a new investment fund called The Bing Fund, which will invest in start-ups involved in Microsoft Online Services Division. This information is confirmed by Microsoft sources, although official confirmation had not been done yet.

It is also reported that the main focus of the new investment fund will be investing in companies that work with search engine Bing. Rahul Sood will head new investment arm. He is the former head of VooDooPC company (previously acquired by Hewlett Packard), and until recently held the post of Microsoft Xbox general manager. His post in LinkedIn profile could confirm this: he heads The Bing Fund from March 2012 - A new program created for Bing-oriented start-ups and businesses.

Information about the Bing Fund is available at Twitter.com on @ bingfund channel as well as at Microsoft Careers website. In addition, there is a website BingFund.com and it only says that We're working on something interesting and will tell you about it soon.

Official reports about a new fund has not been received from Microsoft, but unofficially the company said that the Bing Fund will collect portfolio start-ups associated with the Web, desktop, mobile and console developments, investing in a wide range of online technologies at different stages, from concepts to already operating businesses. Special attention will be given to those developers who engaged in the development of so-called NUI, or the Natural User Interface.