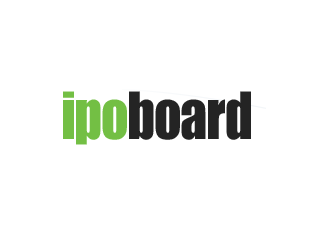 A Cooperation Agreement between Ingria Technopark and IPOboard (Moscow Stock Exchange) was signed on September, 27 within the framework of V St. Petersburg International Innovation Forum. Having received the status of a service partner of Ingria Technopark, IPOboard will stipulate the inflow of investment into the projects of Ingria business incubator residents.

Irina Kalashnikova, General Director of Ingria Technopark, and Svyatoslav Sedov, the executive director of IPO Board LLC, took part in the signing ceremony.

Service partners play an important role in the development of technology parks: they provide additional development opportunities for residents - Irina Kalashnikova marks. - At the current stage of Ingria Technopark development IPOboard will act for residents of the operating business incubator as a platform necessary to prepare for the investment.

We look forward to a long term partnership with the Technopark and Ingria business incubator - Svyatoslav Sedov informed. - Due to the agreement signed today, the Technopark residents will have additional opportunities to develop business through the services for effective attraction of investments provided by IPOboard.

There are already five business incubator residents placed at IPOboard, and the Speereo project is a leader in the informational transparency ranking at the site.

Ingria Technopark is being created under the federal program for the development of technology parks in the sphere of high technologies. Construction of the first Technopark facilities is planned for the second half of 2012. Investment volumes in the project total 30 B RUR, 66% of which will comprise private funds, and 34% - public finances.

Ingria business incubator, the first pilot project of the Technopark, operates since 2008. Currently, more than 80 companies are residents of the incubator, during 3.5 years of its work residents have attracted more than 500 M RUR of investments.

IPOboard is an online information and trading system for attracting the capital by promising private equity companies from the innovation sector of the economics. This is where the start-ups are placed in the early pre-exchange stages of development. They publish the information on their projects and increase their informational transparency ranking. This allows them to claim for a more detailed presentation of the top ten projects for venture capitalists and business angels.

Technopark Ingria and Cisco will execute agreement on cooperation

Ingria and Cisco have executed an agreement on cooperation