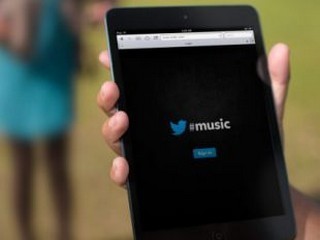 Microblogging social network Twitter has launched its music service #music to recommend its users music depending on their activity in Twitter. At the moment, the new service is available for the residents of several countries, Russia is not included in the list.

#Music is available on the web and via its iOS-app displaying tracks from three sources - iTunes, Spotify and Rdio. By default, users are able to listen to 30-second samples of songs from iTunes, while the users of Spotify and Rdio can link Twitter #music with their accounts to listen to full versions of music tracks if available in the catalogs of these websites.

The music service is available to the users from the USA, UK, New Zealand, Canada, Ireland and Australia. However, the developers promise to not only make it available in other countries, but also launch an app for Android with directories from other music sites added.