Four FabLabs will appear in Bashkiria 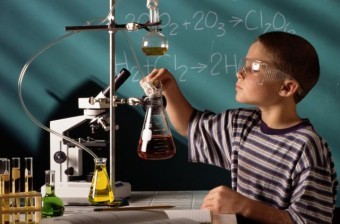 Four FabLabs will appear in Bashkiria – three in Ufa and one in Sterlitamak, - announced coordinator of a project FabLab development in Bashkiria, FabLab director deputy of “Laboraotry of Innovations” Kamil Khismatullin.

In general FabLab is a set of technological and intellectual resources for transformation ideas into functional prototypes, giving an opportunity to make a ready product from a draft for a short period of time. In Bashkiria the project will be realized as in-between technical creativity house for schoolсhildren and technopark.

Moreover their stay on a FabLab is free, they will pay only raw material. Many people can`t even imagine what a great equipment have come to change ancient milling machines, - said he. – 3D printer and scanner still are conceived by people as something fantastic. The project is financed at the expense of federal and republic funds. In autumn first supplies of equipment are expected, and till the end of a year it is expected to launch all the laboratories.

Not only schoolchildren will be able to use laboratories, but also young scientists, designers and architectures. Enterprisers will be paid off at the expense of commerce projects realization – 40% of time of equipment`s work is planned to give for business tasks realization, the rest 60% - for children development.

Netherlands experience in FabLab networking to be used in Russia