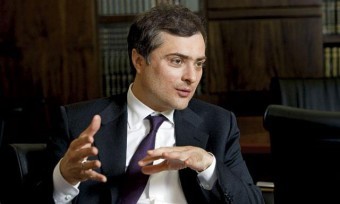 Vladislav Surkov, vice prime minister of Russian Federation, carries out consultations with investors about venture Fund creation. This information received ITAR-TASS agency from a a recourse, familiar to Mr.Surkov, and confirmed two market participants. One of investors, to whom Mr.Surkov has consulted with, is Aleksander Galitsky, a founder of Almaz Capital Partners, who, however, reduced to comment this information.

The Fund parameters are not defined yet. “It is not clear if this Fund is created, the process is at the stage of the whole concept discussion. Vladislav Surkov is interested in peculiarities of venture investments. Branch orientation and parameters of the Fund are not defined”, - said a recourse, having an information on the course of negotiations.

Since May 2008 Vladislav Surkov was the Deputy Administrator of Presidential Executive Office, where he supervised inner policy. In 2010 he joined a guardian council of Skolkovo Fund. In December 2011 he was appointed a Vice-Chairman of the Government. On May 8, 2013he deserted this post at his own free will.