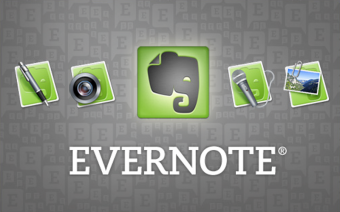 The Company Evernote received one of the most prestige awards in the sphere of design. The application Evernote 5 for iOS has won the Red Dot Awards in the category “Communication design”.

Evernote is a service and set of companion applications, which allows 65 millions of users all over the world keeping all important life moments, ideas and notes for future. Developers of the company are very serious not only to the product functionality, but also to its interface.

Evernote`s getting prize from the most authoritative award in the sphere of design, awarded by European Institute Design Zentrum Nordhein Westfalen, once again confirms that service developers` efforts are effective.

Awards from “Red Rod Dot Awards” traditionally are awarded to winners in three categories: “Industrial design”, “Conceptual design,” and “Communication design”. Design offices, agents, and communication companies compete as participants, and each of them can present unlimited quantity of projects.

All works of the award owners are then exhibited in the Museum Red Dot (Essen, Germany), which at the moment is one of the most impressive collection of modern design works.

The Company Evernote has already been awarded by the Apple Design Awards for itrs application for Mac in June.

Evernote plans to introduce its own magical gadgets