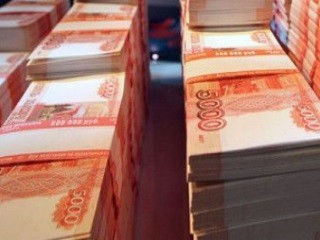 The total amount of assignment allowance for the Novgorod entrepreneurs is 81,314M RUB. The funds will be directed on events realization of the long-term regional target program “Development of the small and medium entrepreneurship in the region for 2008-2015 years”.

Most sum of money, receiving from the Federal budget, usually goes for support of municipal programs in the regions. But it distributes not by the principal “for everyone”, but depending on how much money the region itself spends for business support from its budget. Thus, for example, this time the largest subsidy will be directed on Starorussly region: 4,397M RUB, less of all will receive the Okulovka: 999,4K RUB”, - informed the Chief of the Department of economy development and trade of the Novgorod region Yevgeny Bogdanov.

For the State support can claim almost all representatives of small and medium entrepreneurship of the Novgorod region, including farm enterprises. Exclusions comprise enterprises, trading by excisable goods.

The most popular event, for which the Novgorod entrepreneurs ask money is compensation of leasing services. Further follow applications for a part of expenses compensation, concerning equipment acquisition for production modernization, for support of handicraft companies and contribution to development of youth entrepreneurship.