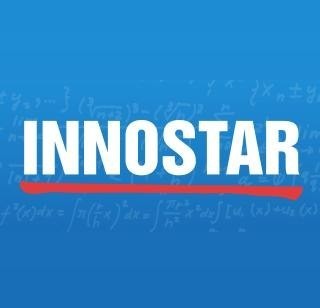 Presentation of scientific and innovation projects-laureates of the contest-selection and the solemn ceremony of winners awarding of the contest “InnoStar” will be held in December, 5 in the Center of modern design and innovations MOD in Moscow. For the first time the contest has been conducted in 2012, when during the month there have been recorded 88 videoclips with presentations by students and young scientists of their scientific and inventive projects, Dozens of Universities and scientific-and-development Institutions have taken part in the project.

In 2013 the contest initiative received its continue and development. In November members of the expert committee have estimated 297 videoclips. More than 300 new stars of science and innovation have taken part in the contest. 67% of them are students of Universities, 24% - workers of scientific-development Institutions, 9% - pupils of schools and training colleges. Among them 70% are from Moscow, 30% - from other cities and regions (Saint-Petersburg, Astrakhan, Bashkiria, Volgograd, Inanovo, Ixhevsk, Irkutsk, Novosibirsk, Ulan-Ude, Nizhny Novgorod, Penza, Samara, Saratov, Tver, Tymen, Vladikavkaz, Ulyanovsk, Yekaterinburg, Rostov-na-Donu, Yaroslavl, and others).

Organizers of the contest: the Department on science, industrial policy and entrepreneurship of Moscow, and the Company “Park-Media”.

Young scientists, whose projects passed the final of the contest selection, present their developments to spectators and members of the expert committee. Selection of winners of the contest “InnoStar” will be conducted in real time mode. New “Stars” of science and innovations will be awarded by the prize in amount of 100K RUB.

Spectators can tell their opinion and select the best project, which will be awarded by a special prize of the contest “InnoStar”. Besides, the most active participant will be awarded by certificate for education in a language school.

The best innovative projects have been selected in Saint-Petersburg

Winners of the Contest for innovation projects have been awarded

A competition of innovative projects for high school students by Siemens