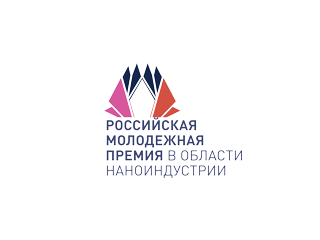 The expert committee of the prestigious award for young scientists and entrepreneurs - Russian Youth Prize in nanoindustry – has named the finalists of the award 2012.

Young Russian scientists and the employees of innovative companies are among the winners:
- Inna Klimanovich, a researcher of Stavropol State Medical Academy, for the development of wound-healing cream Regenerin;
- Vladimir Potapov, the Deputy Director for Research and Production Department of LLC Akela-N for the development and implementation of a xenon anesthetic console and therapeutic xenon circuits;
- George Sidorov, Research Associate of Rzhanov Institute of Semiconductor Physics for the research in nano-heterostructures based on mercury-cadmium-tellurium substrates for molecular beam epitaxy plants;
- Artem Nevrov, the head of NGO Optics, for the development of high-precision aspheric optical components;
- Alexander Korsakov, a senior lecturer of Ural Federal University named after the first President of Russia B. N. Yeltsin, for his development of nanocrystalline LEDs, photonic and crystal infrared LEDs and fiber scintillators;
- Oleg Magaev, an associate professor of Tomsk National Research State University, for the creation of nanostructured catalyst of glyoxal.

Russian Youth Prize, established in 2009 by RUSNANO, is awarded annually by the authoritative expert commission for the development and implementation of a new technology or nanotechnological product that launched production with annual turnover of not less than 3M RUR.

The expert commission includes the representatives of the co-organizers of the Prize: All-Russian public organization Russian nanotech community, the Skolkovo Fund, Association of Innovative Regions, Fund for Assistance to Small Innovative Enterprises in Science and Technology, RVCA, Opora of Russia, RVC, Vnesheconombank.