China and Russia will establish a joint industrial park 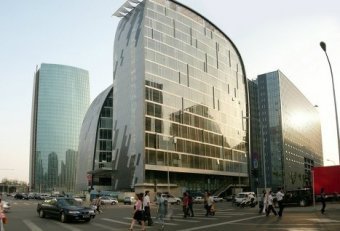 The decision to establish the Beijing Experimental Zone for developing new technology was adopted by the Chinese government in 1988. There are more than 20,000 companies, including the world's leading computer manufacturer Lenovo, China's major Internet search engine Baidu. Total income of the companies operating in Zhongguancun park reached 1.6 trillion yuan in 2010 ($250 B).

Now the park management (Zhongguancun) in conjunction with Skolkovo offered us to organize a common, joint industrial park. This is a very important proposal, it was made absolutely seriously - Surkov said to Russian reporters after the meeting.

I think this is absolutely real. People are very pragmatic, very vigorous with very specific interests here. So, I think everything will turn out well - Deputy Prime Minister said.

He assured that the project will not drown in bureaucratic procedures. I do not see any serious obstacles - Surkov said.

We are ready to provide all companies that want to combine efforts with us to build an innovative economy and new technologies with good terms - Deputy Prime Minister assured during a Zhongguancun industrial park meeting.

According to him, there are some examples of successful scientific and technological cooperation between Russian and Chinese partners, but there are still few of them and they are limited. Russia and China plan to create a common aviation cluster in the future which will create a new machine - a large aircraft – vice-premier said.

Russian and Chinese technology parks signed a memorandum of cooperation