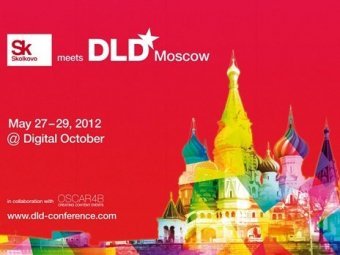 Skolkovo meets DLD Conference, supervised by Skolkovo and Burda Media publishing house, will be held for two days. Among the speakers declared are the head of Mail.Ru Group Dmitry Grishin, the CEO of Yandex Arkady Volozh, Svetlana Mironyuk, editor in chief of RIA Novosti, the founder of VKontakte social network Durov Paul, the president of Skolkovo Viktor Vekselberg.

According to the organizers of the conference, the number of invitees to the Skolkovo meets DLD Conference will be about 700 people. However, as stated by the Executive Director of the Skolkovo Fund IT-technologies cluster Alexander Turkot, the feature of the conference is that it will be attended by people from different countries - and foreigners are not only as speakers, but also as listeners.

During the conference panel discussions the following questions will be discussed: e-commerce, new products and inventions, future cities, new trends in the distribution of music content, innovations in finance, travel online services and other topics.

According to the deputy chief editor of RIA Novosti Vasiliy Gatovo, the DLD Conference is traditionally a place where visionaries are trying to show how they see society and its structure in the future.