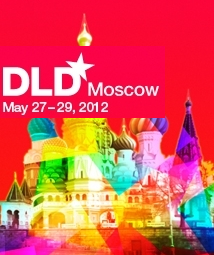 The first day of an authoritative international conference in Internet technologies and telecommunications Digital Life Design (DLD), taking place in Digital October in Moscow, May 28-29, brought together nearly one thousand people. Initially, the organizers of the event - the Skolkovo Fund and Hubert Burda Media - expected to meet about 500-600 forum participants.

The press service of the Skolkovo Fund reports on this news.

Among regular partners of the conference such as Lufthansa, GE, Nokia, Audi some other people also made a speech: Deputy Prime Minister Arkady Dvorkovich, the president of Skolkovo Viktor Vekselberg, the head of Mail.Ru Group Dmitry Grishin, the CEO of Yandex Arkady Volozh, the CEO of Ozon.ru M?el Gave, chief editor of the Federal State Unitary Enterprise RAMI RIA Novosti Svetlana Mironyuk.

This conference has two main objectives. The first one is for the Russian side: we want to change the mood, mentality, minds - as far as possible, to make people from the past to look ahead ... About our wishes to our foreign guests: we want them to change the feeling about Russia. Today it is truly an open country that faces the future - the president of Skolkovo Viktor Vekselberg said opening the conference.

Deputy Prime Minister Arkady Dvorkovich said that the Russian government considers the development of digital and Internet technologies a priority as they greatly simplify people's life.

It's an easier way to communicate, buy tickets, be educated, design houses, etc. The government should provide well-developed infrastructure for these purposes, without interfering in the work itself - Dvorkovich said, noting that the digital and the real worlds should work closely to avoid negative consequences for humanity.

The Head of Culture Department of Moscow Administration Sergey Kapkov welcomed participants on behalf of the City Hall, noting that the largest city in Russia is changing rapidly, becoming more for people – that’s what should be a modern metropolis in fact.

An influential The Economist weekly called the DLD one of the most prestigious conferences in innovation.

The Group of Eight summit 2014 could take place in Skolkovo