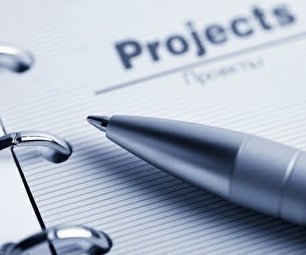 The Ministry of Economic Development has selected innovative clusters that should help Russia to make a modernization breakthrough for 5 B RUR. Instead of the previously announced five or six the final list included 25 projects. However, only half of them can rely on state support. The rest will be recommended for inclusion in the federal program and to participate in state-owned companies work, RBC daily reports.

The share of innovative products in ten years to increase from 4.5-5 to 25-30%, and R & D costs should increase two times as much, as Vladimir Putin instructed the government in late January. The state should get the missing interest with the help of clusters: regions receive additional tax revenues, create new jobs, solve many social problems, and the entrepreneur gets real support reducing his risks and costs on the way from business ideas to production launching.

However, as it became known to RBC daily, the list of projects was considerably expanded. The final list of clusters, prepared by the Ministry of Economic Development, includes 25 projects, says the head of the Department of Strategic Development and Budgeting of the Ministry Artem Shadrin. However, only half of them can get financial assistance. The first group, which will include 13-14 clusters, will be recommended to receive subsidies from the state budget. Others are recommended to participate in the federal program, working with development institutions and cooperating with state companies - he explains.

Initially it was assumed that there will be ten specific territorial areas that will receive 0.5 B RUR per year, but as there are three more participants selected to participate in the financial program, the amount of investment will be a little less - about 450 M RUR a year from the federal budget. Regional authorities selected by clusters will have to add the same amount of money.

The amount of subsidy that the government is ready to provide to support the clusters remained the same - about 5 B RUR per year for the whole list of clusters, Artem Shadrin assured. These funds would be enough for us - says the president of RUSSOFT association Valentin Makarov, a member of IT-cluster in St. Petersburg. To create a cluster you need more money, but if it is already created and running, you only need to add a specific project to work more effectively - he concluded.