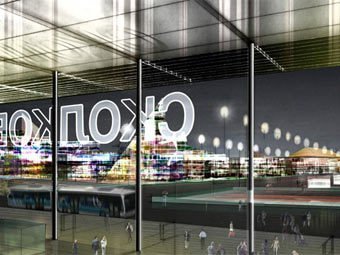 Tax benefits from Skolkovo may apply to 25 innovative regional clusters. Ministry of Economic Development has expressed such desire, but the Treasury spoke against it explaining that it could cause heavy losses for the budgetary system. However, the Ministry says it will not cost the state so much as the Treasury stated.

Recall that the list of 25 innovative regional clusters of Russia was approved by the Government at the end of the competition announced in March, 2012. There will be companies operating in the same research and production chain on the territory of such entities.

The Ministry of Economic Development has recently submitted the proposals to support pilot programs for clusters development to the government. One of the forms of such support will be the allocation of budget subsidies of 5 B RUR for 14 clusters from 2013 to 2015. The money will be spent on region’s infrastructure development - transport, energy, engineering, etc., works and projects in research and development, and the implementation of innovative and other activities.

VAT, corporate income tax, business property tax and insurance contributions to the funds benefits are considered as another form of support.

This is problematic for the Treasury which is against the spread of Skolkovo benefits: according to the office, it will lead to a significant loss of budgetary system’s income. The Ministry of Economic Development also gave the following figures: the introduction of the incentives for cluster’s participants will force the federal budget spend 41M RUR, regional budgets – 12M RUR, Pension Fund, Social Insurance Fund, the federal and territorial mandatory health insurance funds - not more than 90M RUR, which can not be considered a significant amount.