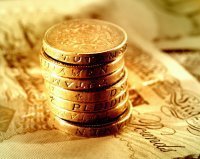 The experts have prepared a draft of pilot programs list for the development of innovative regional clusters, 13 of them will receive 25 B RUR in 2013 for the five-year period from the federal budget, 12 more programs require improvement and will not receive state funding at the first stage, RIA Novosti reported with reference to the Ministry of Economic Development.

The selection of pilot projects of innovative regional clusters is in response to the request of President Dmitry Medvedev that was given following the meeting of the State Council Presidium in November 11, 2011. The list of projects to be approved by the Russian government is being prepared by a working group for public-private partnership development in innovation under the Government Commission on High Technologies and Innovations. The Commission includes representatives of the Ministry of Economic Development, Academy of Sciences, Kurchatov Institute, Moscow City Hall, the Skolkovo fund and a number of other structures.

After announcing the contest in March 19, the Ministry of Economic Development presented 94 competitive bids. To date, the group prepared a list of 25 projects consisting of two parts.

The first part includes 13 clusters which development programs to be supported through grants from regional budgets. The allocation of funds from the federal budget of 5 B RUR is also provided annually for five years starting from 2013 - the report says.

Among these 13 projects are Moscow Cluster Zelenograd which will develops information and communication technologies, two clusters situated near Moscow - nuclear physics and nanotechnology cluster in Dubna and biotechnological in Pushchino, Obninsk pharmaceutical cluster, biotechnology and biomedicine (Kaluga region).

In addition, the first part of the list includes St. Petersburg clusters of radiation technology, pharmaceutical and medical industries, Nizhny Novgorod regional Innovation Cluster in Sarov, aerospace cluster of Samara Region, nuclear and innovation cluster in Dimitrovograd, a number of clusters in Krasnoyarsk, Novosibirsk and Tomsk regions and Tatarstan.

The draft list will be submitted to the Russian government for approval till July 1.