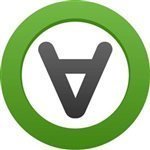 Russian company AlterGeo, a participant of IT-cluster of innovation center Skolkovo, became the only representative of CIS which is a finalist of a prestigious international award Bully Awards 2012. Each year the prize is awarded to the leaders in technology, media and telecommunications in Europe. AlterGeo won the attention of the jury due to the development of a unique system of positioning and navigation, Skolkovo website says.

This year, White Bull Summits agency experts selected 60 most worthy representatives of the industry from several hundred companies in one of the three categories: classic start-ups, companies at early stages and large developed companies. The selection was held for a few months, and the final list was released on September, 7.

Only companies recognized as the best on the criteria of innovation, growth prospects and proof against the changes and challenges of the TMT sector reached the finals of the award... Companies were evaluated on the basis of their business plans, marketing strategies, technologies and understanding the needs of consumers, - the Founder and CEO of White Bull Summits Farley Duvall comments on the results.

AlterGeo is noted for its hybrid technology of positioning and navigation by Wi-Fi, WiMAX, GSM, IP, and some other parameters, and the creation on its basis a service that is used to determine the location of users of websites and mobile applications, as well as for geotagging of online advertising. The service is available through a free mobile application for iPhone, Android, Windows Phone 7 and Bada, there are almost 1M of its users since 2008, a record figure for the corresponding segment in the RuNet.

Navigation technologies, geolocation, and other similar technologies generated at the junction of IT, telecommunications and satellite systems, play an important role in everyday life. Not long ago the developments in this area were used exclusively for the needs of defense industry or for vehicles, today appliances, phones and etc. are equipped with corresponding chips. People want to save time and the systems of quick identification help them with it. That is why such technologies and services as AlterGeo are gaining in popularity, - Catherine Gayka says, the deputy head of the Information Technologies Cluster of the Skolkovo Fund.

Innovative Regional Oscar to be awarded within Interra forum