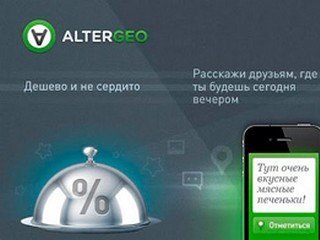 The international community of experts made special mention of Russian company AlterGeo, which is a resident of the Skolkovo Fund. Red Herring Magazine announced the company a finalist of prestigious technology award Red Herring Top 100 Global, that awards best start-ups around the world.

Red Herring is an international media company, which unites innovators in high-tech, venture investors and businessmen in various formats: popular magazine about innovation, online edition on the high-tech, professional newsletters and major events for technology leaders around the world. Red Herring provides insider access to the global innovation economy and deep understanding of the latest technologies that are the drivers of economic development.

Red Herring magazine regularly observes the most promising start-ups, and makes the rating of technologically advanced countries in Europe, Asia, America and the world.

AlterGeo company, Russian developer of a hybrid navigation system that provides accurate positioning of web and mobile users, is the developer of the largest geosocial network of the same name in Russia and CIS. The company is the author of iPhone-navigator Gvidi, released on November, 7 in the App Store.

Earlier this year AlterGeo company won Bully Award 2012, reached the finals of Red Herring Top 100 Europe award, and Informilo magazine included it in the list of the 25 most promising technology companies in Russia.

A complete list of Red Herring Top 100 Global 2012 finalists is available on the . The winners will be announced on November, 29 in Los Angeles (USA).