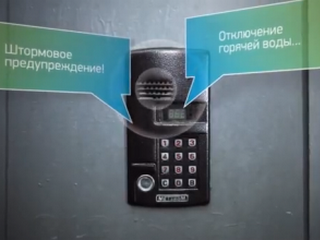 Company and business angel Startobaza announces the acquisition of shares in SpikFon that networks together all the intercoms of Russia to broadcast voice messages about important events or emergencies in a region or city. The amount of investment and the share of new investors in the capital of the project were not disclosed.

In 2011, SpikFon project won the competition of innovative enterprises in the Republic of Tatarstan, and the project team was the youngest in Tatarstan which received a grant from the Investment Promotion Agency of the RT for the development and implementation of the project in the Republic. In 2012, the project won a number of IT competitions, including Best startup of the Year within Startup Sabantuy competition; it also became the resident of Kazan IT Park.

SpikFon system allows to broadcast audio messages via intercom when calling a subscriber, and entering or leaving the door. Studies show that a person spends 4-5 seconds on the average to be in or out of the entrance. This time is sufficient to hear a message of 8-12 words.

This innovative design belongs to a team of young professionals in telecommunications. During the development of the idea, the project was implemented in a prototype – a plug-in for downloading, storing and playing audio files. The downloading of audio is performed remotely through GPRS channel, allowing centralized broadcasting of messages. The innovative design is patented. The founders of the project has a global goal: to give each person the ability to communicate with emergency services at any time, and help public services to call each resident in case of emergency.

16 Russian cities are interested in the solution, as well as Ukraine, Belarus and Kazakhstan. SpikFon has been launched in beta in Kazan.

Partizan.info, a resident of IT-Park, acquired the patent

A managing company set up for Innopolis project