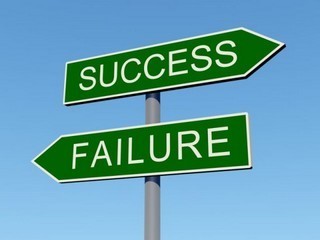 Thomson Reuters and the U.S. National Venture Capital Association published a report on the amount of venture funding in the U.S. for the first quarter of 2013 and came to conclusion that the world's largest venture capital market hits 10-year low, Cybersecurity.ru portal reports.

The report's authors say that investors have become more cautious, and while the market offers attractive investment ideas, they are not in a hurry to invest their money.

The report said that the volume of investment in the first quarter of 2013 are lower than in any of the quarters in the last 10 years.

The first quarter of this year showed not just a slow start of venture funding, it showed a decrease in money supply and the revision of the entire structure of investments in young companies, - the head of the association, John Taylor said. According to him, 2013 is likely to be about the same negative and show new antirecords due to decreased activity of existing investors.

Startups in the USA received $4.1B in for the first quarter of 2013, which is an increase of 22% compared to the last three months of 2012, but the increase was due to some large venture deals. The largest investment transactions in Q1 2013 were carried out by Battery Ventures X ($650M), Third Rock Ventures III ($516M), and Spark Capital IV ($450M). 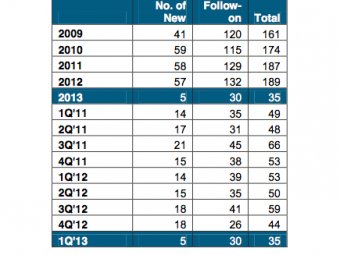 RMG and EWDN report: Q4 most successful in 2013 at Russia?s venture transaction market