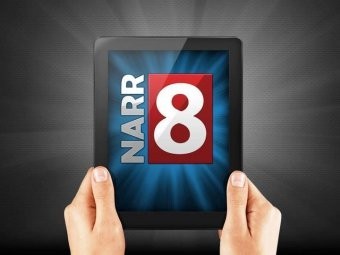 NARR8 Company has officially announced the monetization of its mobile app. Now the library content (motion comics, interactive novels and popular science TV series) is available for all iPad users for virtual currency NARRs, which can be obtained in two ways: use the app daily or buy for real money.

Recall that the NARR8 project received $4M from IMI.VC Company in September, 2012.

The monetization of NARR8 starts not only in the United States and Russia, but also in other countries, including Spain, Argentina, Mexico, Colombia and South Korea. At this point, NARR8’s number of active users exceeds 300K per month. According to forecasts of the company's president Alexander Vashenko, the number of mobile users who installed NARR8 will exceed 1M in the second quarter of 2013.

The next stage of the app’s monetization strategy is the launch of a professional editor, which will enable third-party studios to create their own interactive content, post it in NARR8’s library and make money under the revenue sharing model.