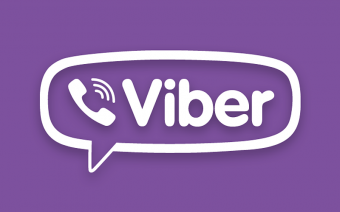 The mobile messenger “Viber” added function of stickers purchase, messages-pictures, this way starting monetization of the free service for calling and messages sending, informs the Company.

It has been announced about opening the stickers store a month ago. Nowadays in the upgraded version of the messenger has appeared more than 300 stickers, available by the price $1,99. Most of them are licensed by producers of cartoons, TV-shows ans others. The other stickers are created by the team from 20 designers all over the world.

Besides, in the upgraded version of the “Viber” has been added the function of sending voice messages. The Company assures that they managed to shorten time, required for making a record, sending and downloading the message up to 4-6 seconds as compared to 45-60 seconds for standard 15-second voice messages. The “Viber” has also launched the messenger’s version for tabs based on Android.

The other possible method of service’s monetization is the function “Viber Out” – opportunity to call any numbers, other than users’ numbers of the application. The Company suddenly launched a service free and earlier than in a planned date within the limits of support program for Philippines citizens, who has suffered from the typhoon.

The mobile messenger “Viber” has been developed by a private company “Viber Media”, established in 2010. The Company is registered in Cyprus, has Development centers in Belorussia and Israel. According to the Company’s data, the program is used by more than 200 million people from more than 193 countries all over the world.