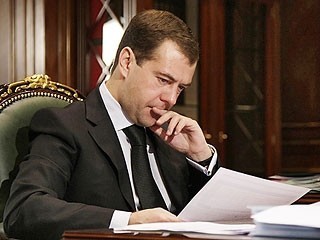 Prime Minister Dmitry Medvedev signed a decree on public audit of state investments. The project will receive funding only after approval by experts and public councils under departments.

The control will be carried out in two stages. First, independent experts - individuals or organizations - will conduct technological and price audits. Their work will be paid from the project budget (up to 0.58% of the documents value) or by the state, the director of the Open Government direction of Forum Center Alexander Bragin says. If experts give a positive opinion, the second stage will start: public councils under the government will have six months to decide whether the state needs the project or not. The government will not be able to allocate funds without the approval of the public council and experts.

Testing of the new mechanism will start this year. The pilot projects are investments of RusHydro and Avtodor, and possibly RZD and Russian Grids, Abizov says.

President Vladimir Putin requested to create such mechanism in 2013 in one of the inaugural decrees. The costs of many projects are overstated, presidential aide Elvira Nabiullina explains. The government delayed the implementation of the order: public audit of projects worth 8B RUR and over will be conducted in 2014, over 1.5B RUR - in 2015.

RVC invites to participate in a public evaluation of innovations project