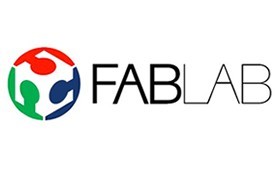 In a "FabLab" laboratory of National University of Science and Technology “MISIS” a program for group trainings for 8 person teams started its work. Pilot project'` participants became magistrands of Skolkovo Institute of Science and Technology (Skoltech). Today MISIS established itself as a leading choice all over the country in the sphere of digital production technologies, and is eager to share its experience and best practice in this sphere.

Prototyping and digital production training became the first step on the way of cooperation development between MISIS and Skoltech. During a week leading experts and residents of FabLab acquainted students with main technologies, which are available in its laboratory, instructed them how to create original functional products with the assistance of such technologies. Studies were held on design basis condition and included production of flat details and three dimensional frame structures with help of laser cutting technologies and milling cut out, tangible printing on 3D plotter, circuit boards production, microcontroller programming and functional electronic devices creation.

At the end of training its participants have met with Senior Vice President of Research and Innovation of Skoltech Edward Seidel. Mr.Seidel highly appreciated capacity of the workforce and engineering capability level of MISIS. He noted that it significantly widens possibilities of educational process: “Often during study at the University not much time is provided to practice. However thanks to opportunities of such projects as FabLab and initiative of CDIO, which represents practice-oriented educational system focused on formation of a new generation of engineers-entrepreneurs, there appears a chance to see the result of your work at once. It is possible to construct models and operate them during a team work.”

The idea of group trainings program on the basis of FabLab consists of association of various specialists for complex problem solving. During studies every participant`s contribution is valuable - expert commentary, individual approach to a matter.

“Joint projects make discoveries, which are impossible to be created single-handed. This involves synergetic effect of a team work. When joining efforts with Skoltech we are able to reach really significant results both in educational sphere and science. There are many opportunities for further cooperation and I hope that all of them will be implemented in the near future,” - commented Rector of the National University of Science and Technology MISiS Alevtina Chernikova.