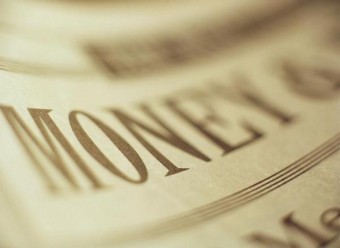 On Monday has been held the session of the business angel club, organized by the Krasnoyarsk Fund “Skolkovo”, noncommercial partnership “Siberian business angels” and Krasnoyarsk Regional Innovation and Technology Business Incubator (KRITBI).

Such meetings with business angels have been conducted the ay before in Kazan, Yekaterinburg, Saint-Petersburg, and the final point will become Novosibirsk. According to director of the investment service of “Skolkovo” Yekaterina Dyachenko, the main aim is to cultivate motion of business angels in Russia, and attract to it successful entrepreneurs, eager to invest in new projects. It is supposed that in Russian club of business angels will enter about 3-4 thousand people, including from regions. Motion will contribute to innovation entrepreneurism development.

“The simplest definition of “business-angel” is prosperous human, independent, which does not worry about today living, and for own funds finances high-economy Startups for exchange of a share in a new business”, - explains Yekaterina Dyachenko.

According to her, business-angel is a private body, who invested about $50K in a project. Herewith he gets a minority share on the company’s assets, not pretending for management; as a rule he owns about 20-30% of a project.

Angel investments are attractive also thanks to the fact that it gives opportunity to take part in the interesting business, get closer to innovation entrepreneurism.

“Instead of purchasing real estate, automobile or motocycle, it is possible to invest in a Startup and see what will appear of it. In the European part of Russia, business-angel activity became a modern direction, because is profitable”, - said Yekaterina Dyachenko.

Deputy Governor of the Krasnoyarsk region Andrey Gnezdilov in his turn notes, that authority sets oneself a task to organize a complete motion of business-angels in Krasnoyarsk. Practice of private investments in new projects, according to his words, is very important.

Result of the Business Angel Club session in Krasnoyarsk became agreements about cooperation between businessmen and innovators. Krasnoyarsk Startups have interested investors, and in informal setting they could specify projects’ details and agree on its development.

A social network from Rusnano to be presented in Krasnoyarsk