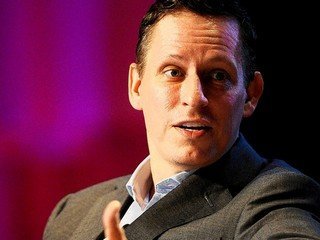 Peter Thiel, a co-founder of PayPal and one of the major investors of Facebook, intends to give 20 grants of $100K to young start-uppers, and the compulsory condition to receive the money is the age - the applicant must be under 20.

This is a fundamental condition. The well-known billionaire convinced that you should start doing IT-developments in teenage years. The fund created by Peter Thiel accepts applications up to the 31th of December, 2012.

The winners will be announced in the spring of 2013. Representatives of all countries can participate in the contest, according to the conditions of the contest.

Peter Thiel launched his support program for young startups in 2011. Last year, the billionaire personally selected 24 young entrepreneurs to participate in the project. However, the young developers had to leave their schools and universities. In this peculiar way Peter Thiel was trying to prove the importance of re-evaluation of higher education for a successful business.

Peter Thiel is also the managing partner of Founders Fund which invests in technologies. He invested in Facebook, Slide and other companies. According to BusinessWeek, he is included in the list of 25 most influential people in the modern Internet along with Google founders Sergey Brin and Larry Page, the author of Facebook Mark Zuckerberg and the CEO of Apple Steve Jobs.