Up to nine new technoparks to appear in Russia by 2018 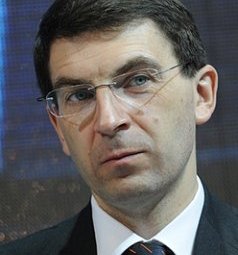 Up to nine new technoparks may appear in Russia until 2018, if prolonging of their construction program will be supported. This was announced by the Minister of Communications Igor Shchegolev in an interview with ITAR-TASS news agency, conducting a working visit to China.

The minister said the construction of 9 industrial parks is now estimated as a real possibility, although there were more applications: not all of them have passed expert evaluation department.

Of course, the scale is not the same as in China - adds Shchegolev - but these projects prove to be effective: for every RUR of state investments have 5-6 RUR of return now. In his opinion, this program is successful and effective, and the Minister hopes that the Treasury will support the initiative of its extension.

We'll see how it will relate to the wishes of other departments, how the budget will be balanced, - said Shchegolev, adding that all the regions of Russia are to be involved in the construction of industrial parks - from Kaliningrad to Vladivostok.

Up to nine new technoparks to appear in Russia by 2018