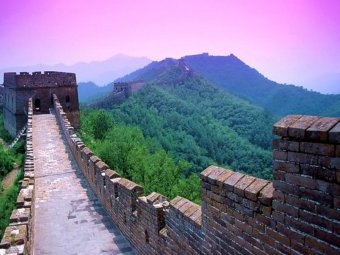 American Silicon Valley’s leadership in the area of technological innovation maintained for 40 years will soon come to an end, the KPMG study indicates. However, despite all the efforts of the Russian authorities, Skolkovo will not become a second California. The majority of respondents expect that China will take a lead in technological progress by 2016, RBC daily reports.

Nearly a half (44%) of 668 technology sector companies’ representatives, the respondents of KPMG, expect that Silicon Valley will lose ground within the next four years, and the tone in the area of innovation will be set by entirely different countries. At the same time, 23% of respondents expect that the leadership of California in this area will be maintained, and another 34% have not yet decided upon their expectations.

Meanwhile, 30% of respondents believe that in the next four years China will be the birthplace of new breakthrough technologies capable of changing the business world. As for the U.S., which took second place, these expectations were shared by 29% of respondents. Besides, there are only 39% of the U.S. respondents staking on their homeland, while 71% of study participants from China believe in China’s getting to the front line of technological development.

Smaller are the chances of India, Japan and South Korea (compared to the two leaders) to become the new silicon valleys. The mentioned countries won 13%, 8% and 5% of the respondents’ votes, respectively.

According to the survey respondents, China has began to develop its potential in the field of artificial intelligence and advanced software, which can lead to breakthrough changes in goods and services and accelerate the economic development of the country. However, it is the field of cloud computing and gaming software development where Chinese experts are especially strong. China can also succeed in the innovations related to energy-efficient industrial processing and nanotechnology.

The speed of technological innovations today is unprecedented, and predictable and quick launch of China to the front line of the technological leadership will become another confirmation of this, - Gary Matuszak, partner of the KPMG’s American Office, said. According to his colleague from the Chinese department of KPMG, Egidio Carella, formation of an environment fostering the advanced technologies development is largely the merit of the authorities of the People's Republic of China. The Chinese government encourages significant investment in three key areas: shared services and outsourcing, payment through mobile devices and cloud computing. The 12th Five-Year Plan also encourages innovations in these key areas in order to create a nationwide virtual environment, - he noted.

Such companies as Tencent and Baidu, the Chinese Internet companies, as well as Huawei, the manufacturer of telecommunications equipment and smartphones, are considered by KPMG respondents to replace such current leaders of the technology sector as Apple, Google and Facebook.

Other experts also mark China's achievements in the field of innovation. China is much more innovative than it is generally recognized. We are used to thinking about the innovations in the way Apple displays them. However, this phenomenon has other changes. The reason that China has become noteworthy in this area is that during the past 10 years local companies have been extremely innovative in the process of reducing the production cost, - Mark Williams, Capital Economics economist, told RBC daily. According to him, the success of China in the spheres, where the achievements of other developing countries, including Russia, are not so obvious is explained by the fact that China makes its companies compete in the global markets. The same way was previously followed by Japan, South Korea and Taiwan.

Russia's problem is that outside the commodity sector there are virtually no companies competitive on the global level. The inflow of petrodollars makes the currency more expensive than it is justified economically. This reduces the competitiveness of the manufacturing sector, - Mr. Williams supposes. In his opinion, the best thing to happen to the Russian economy in the long term is lower oil prices, which will create the impetus to develop production in other sectors. While oil is expensive - people can afford to be lazy – the economist summed up.

Russian companies have overestimated their level of innovation