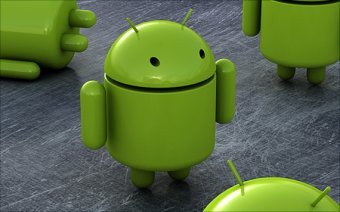 VKontakte social network announces the results of the competition for the development of Android messenger. The first place was given to the application Message VKontakte, which author is Stepan Korshak and he will receive 1M RUR for his creation.

As social network’s report says the application of Stepan surpasses the developments of other participants of the competition in speed and stability.

The competition for the development of VKontakte messenger for Android was launched in late May, 2012. The task of the participants was to create an application for Google’s mobile platform based on the provided design. The prize fund was 3.2 M RUR.

As stated by VKontakte representatives, the contest attracted more than 300 developers and teams, 55 of which reached the final stage and sent working applications. At the same time Korshak was one of the first who posted his messenger in Google Play.

It was the third competition to develop applications for mobile platforms, organized by VKontakte: similar contests for iOS platform were held previously, prize money amounted to 5 M RUR, and for BlackBerry, which was estimated by the company at 2 M RUR.

Details of the following contests became available: We will announce the beginning of the next competition in late July. The competition will involve the developments for Windows Phone, Russia's largest social network says.