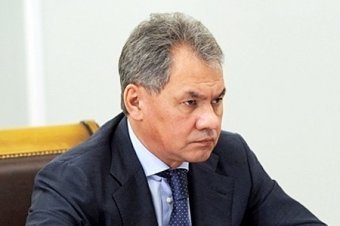 Moscow Region Governor Sergei Shoigu approved the establishment of the innovative technology park in Dolgoprudny under the working title Technopolis during the meeting held on September, 6 at MIPT.

Most likely, the first stage of the industrial park will be located on the territory adjacent to MIPT.

It was proposed to create a company during the meeting that could act as a corporation for the development of the technology park. This idea was supported by representatives of federal agencies. Mark Shmulevich, the Deputy Minister of Communications, found that according to the analysis it was one of the most favorable places to build an industrial park in high technology. The footage and leaders are important in such business. In Dolgoprudny has both, - Mark Shmulevich said.

He called the governor to apply for the federal program on technoparks establishing. Sergei Shoigu said that he was ready to do it immediately, but he needed to find a suitable place first.

The lot was immediately offered by the mayor of Dolgoprudny Oleg Troitsky. He said that when it became aware of the meeting, the city authorities made a careful study of the water tower relocation which was located next to MIPT, and found that it was possible.

Sergei Shoigu concluded that the region and the city are willing to allocate land and otherwise contribute to the construction of infrastructure and roads, but need a project: How many and what kind of laboratories to create? What areas are needed? What lots required?

Sergei Shoigu ordered to develop a master plan for the development of the MIPT-based industrial park within a month and to assess the cost and construction time.