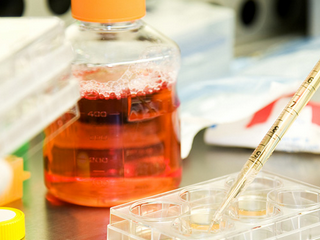 The finals of a competition of innovative projects Technovations Cup took place on November 8, 2012 at the Moscow Center of Modern Design and Innovations for Life MOD Design. The winner is the project to create anti-cancer vaccines of new generation DendriVax. The project team has developed a new method for the treatment of malignant tumors, based on the stimulation of the immune system of the patient.

According to a participant of the project Andrei Afanasyev, the vaccine is made of the patient's blood components, and as opposed to standard chemotherapy, it has no serious side effects.

13 teams, previously selected during the expert voting, took part in the finals. The second place was won by the project MD.Voice. The project team develops a mobile application to determine trends in the vocal tract. The technology allows you to diagnose throat diseases at early stage. The jury awarded the third place to the team of project which develops a system of public notification SpeakPhone. The system allows to send voice messages (for example, notification of homes evacuation) through a single network of interphones.

I participate in the Technovations Cup for the fourth or fifth year as a member of the jury. A few years ago there were projects with the scientific component that took part in competition, and today at least half of startups are potentially successful business projects. I hope that Technovations Cup will become international soon, - Lyubov Simonova-Emelyanova, the expert of Almaz Capital notes.

The organizers and partners of the competition stated that they will assist the finalists in finding investors, in preparation of necessary documentation for investment as well as in making a business plan and marketing strategy.