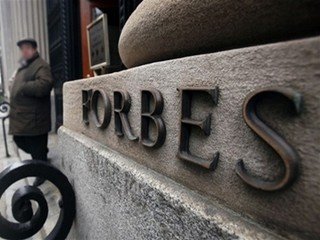 Previously announced Forbes competition for budding businessmen named its participants. A meeting of the Forbes-2012 jury took place at the evening of November, 7 at Balchug Hotel. The jury selected 11 companies out of all received applications which will keep online blogging at Forbes website for six months.

The total number of applications received from different startups for the competition of this year is more than 200: b2b, b2c projects, social networks, clones of successful western sites.

The choice was difficult. The editors and judges decided to announce 11 semi-finalists instead of 10 as it was originally planned: they did not want to miss something interesting – Forbes' representatives say. The list of selected startups:

1. Tactile vision - a portable device that allows you to percieve the world in tactile way;
2. Digital signature – authors' Social Network Digital signature (www.i-autograph.com);
3. Pingbox - a new generation of customer feedback;
4. Indigo Kids - an interactive environment for early childhood development from three to six years;
5. Single crystal – a new technology of crystal growth and the establishment of a production based on it;
6. Sunrise - the organization and management of kindergartens and centers according to the Montessori method;
7. YouDo.com – a mobile platform that allows you to quickly find reliable people to do any work and fixed-term assignments;
8. My-apps.com – an online website for mobile applications development;
9. DocDoc.ru - a free online service to search for doctors;
10. RFL - the championship of Russia on football - Russian football championship for amateur and corporate teams;
11. BioFoodLab – the development and production of natural and delicious snack bars on a unique technology.

The meeting of the jury with the winners of the first stage and the appointment of mentors will take place on November, 15 in Digital October Center, Moscow. After that, the semifinalists will keep their own blogs on Forbes website, telling readers about problems, solutions, failures and successes.

The jury will sum up the competition and announce the three winners in June, 2013.

The winners of Forbes competition for start-ups