RVC publishes its public annual report for the first time 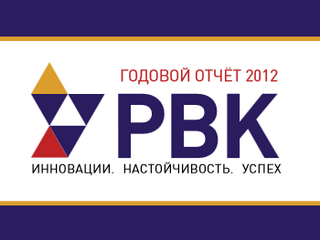 RVC has published its first public annual report on the company performance in 2012 and its plans for the medium term. The goal of publishing the report is, on the one hand, the desire to give details about the company’s performance contributing to improving the venture capital market transparency, and on the other hand, to show how the efforts taken contributed to the development of venture capital investments and the entire ecosystem to support innovations in Russia.

2012 proved to be very productive for both companies and the entire venture investment market of Russia. The main result is that there is a general belief that the domestic venture capital market has been established despite a number of negative trends in the global and Russian economies. Due to a significant increase in the activity of private investors and the launch of market reproduction mechanisms, the Russian venture capital industry is less dependent on the state as the only source of funding.

An analysis of the company’s work in all areas of programme activities, the results of its interaction with other development institutions, basic principles of working with partners as well as its objectives for the future was carried out during the preparation of the report. The report for 2012 pays special attention to activities for the development of innovative enterprises, the participation of RVC in the first Moscow International Forum for innovative development Open Innovations, Smart House pilot federal project, the launch of Russia’s first digital production lab FABLAB and lots more.

Igor Agamirzyan, the CEO and Board Chairman of RVC JSC: RVC has decided the majority of problems in 2012. The investment activity of the company generally corresponded to the prevailing market conditions and planned indicators; implementation of our initiatives to develop tech entrepreneurship ecosystem and venture capital investment resulted in tangible results for the market. All this will allow us to focus on a few priority areas in 2013 that are critical for accelerating innovation development. This is a serious challenge for our team, and therefore, the work will be tense and exciting.