Technopark “The Zhiguli Valley” in Togliatti will be opened in November 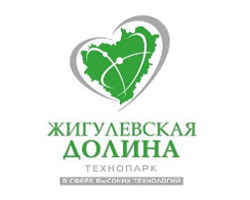 Technopark n the sphere of high technologies “The Zhiguli Valley” in Togliatti, opening of which has been postponed several times, will be launched in November this year; in order to save the working rate it was necessary to change the contractor, informed the Ministry of the economy development of the region Aleksander Kobenko.

The technopark building started in 2010. The whole area of its objects comprises 55.4 thousand square meters. In Technopark will be working more than 70 residents, half of which develop IT-technologies. Among residents are foreign companies, in particular, Chinese “Huawei” and French “BIA”.

Initially it was planned to create the first phase one of the construction project in the end of 2011, and in January 2012 – take first residents. According to Mr.Kobenko, during building of the Technopark, there have appeared some difficulties. In particular, the contractor of the project – the “Rusich” company – started the bankruptcy process.

“We have dissolved an agreement with the company ‘Rusich”, and via contest have selected a new company, which started its work on the field. We should not lose in the rate of building”, - said Mr.Kobenko.

There are 12 new residents in the technopark “Zhiguli Valley”

Companies-residents of the Novosibirsk technopark have earned 2,922B RUB