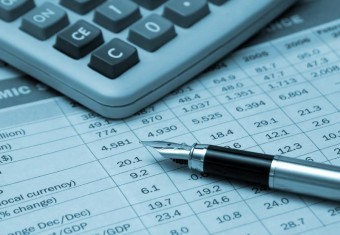 The first half-year issue of the Analytical market research “Direct and venture investments in Russia” will be presented at the Unified XIV Russian and VII Siberian venture fair in Novosibirsk.

The library of the Association has more than 10 complete Review, which represent the most complete picture of venture industry condition in Russia, based on gathered confirmed information, received directly from investment structures, positioning themselves as the Funds of direct and/or venture investment and acting on the territory of Russia.

According to practice, the Review data traditionally take interest of the market players: venture segment, as any other branch, also needs “condition description”. This is why this year the Association has prepared and issued the market analysis foe the first 6 months of 2013.

Albina Nikkonen, the director executive of the RVCA: “Russian market of venture investments is very young. Volumes of accumulated funds, amount and deals sums still do not allow making long-term forecasts about availability or absence of exactly formed trends. Still the situation is the following: one or two serious deals can immediately change the situation. However, I am deeply convinced that analysis of the existing situation on the market of direct and venture investments is very required. It allows making the market more transparent and understandable”.

Thus, according the Review data, in beginning of a current year trends show optimistic investors mood: only for the first half-year of 2013 more than 25 new players have entered market of direct and venture investments, herewith the amount of venture funds more than 3 times exceeded the amount of direct investments funds.

But it is important to tell about another “mood”: investments data, realized by the Funds for the first half-year of 2013 in the company at venture stages, demonstrate the more weak dynamics as compared to the 2012. In order to decrease the started left alone from the result indexes of 2012 (most of all in the part of investments volumes) will be required significant efforts from the side of investors.

The prepared half-year market review will be presented at the Unified XIV Russian and VII Siberian venture fair, which will be conducted in Novosibirsk in November 14-15, 2013 within the limits of the International Forum of technologies development “Technprom-2013”.