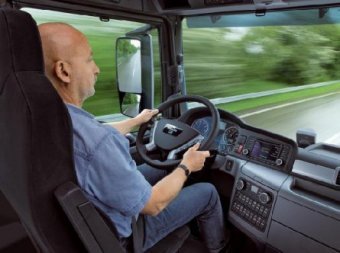 International company Stellamatics, which developed a computer program for a fleet of trucks management, received an innovation prize from the Skolkovo fund for winning startups contest on Friday, vice president of the Fund Alex Bel'tyukov told RIA Novosti.

The prize was given to Stellamatics team, which developed a program to manage the fleet of trucks for delivery of various goods. This is based on cloud computing technology. It means that all operations can be controlled through smartphones. The program is designed mostly for medium and large enterprises that are engaged in cargo transportation - said Bel'tyukov.

The competition is usually held in June and December each year. Last competition was attended by 45 companies, seven of them reached the final, and the victory went to Stellamatics.

They got Skolkovo Innovation Prize, it makes 25K euros, and in addition, three of the founders got tickets to Moscow and back - said the Vice-President of Skolkovo.

It is unknown whether the company intends to participate in Skolkovo project – it is not prerequisite to the victory. If the startup decides to home in Moscow area, it will be able to submit its application to the expert committee.

Yesterday, we presented certificate to the five hundredth member, it was Parasight company which became the first that won the Business Venture Competition. There were no one in the team who spoke Russian or graduated Russian university, but they decided to move a part of their business to Skolkovo - said Bel'tyukov.