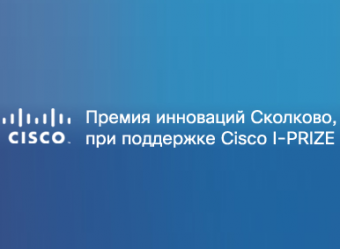 The first round of competition for technological project Skolkovo Innovation Award supported by Cisco I-PRIZE started in Moscow. Three laureates will receive awards in the form of grants from Cisco to realize their projects for a total of 5.25M RUR. The contest will run until May, 2013.

The competition is being held for the second time. The first Skolkovo Innovation Award supported by Cisco I-PRIZE ended in May 2011 and was won by Russian developer of electronic toys.

The competition is open for technological projects, based on the development and use of network and cloud-based technologies and related to one of the three categories: the use of technologies in energy efficiency, health and education.

The jury, which includes experts in network and cloud-based technologies, as well as representatives of business and venture capital firms, will focus on projects related to cloud computing, automation, remote collaboration through the methods of unified communications (voice, video, contact centers, the integration of fixed and mobile communication, multimedia web conferencing, social networking and other communication technologies).

The competition will take place in three stages. In the first round (lasts from September, 25 to December 31, 2012) those wishing to participate in the competition should register and apply online at cisco.ru/go/iprize. Then, 24 projects will be selected for the semi-finals, 6 of them will reach the finals to be held on May 14, 2013.